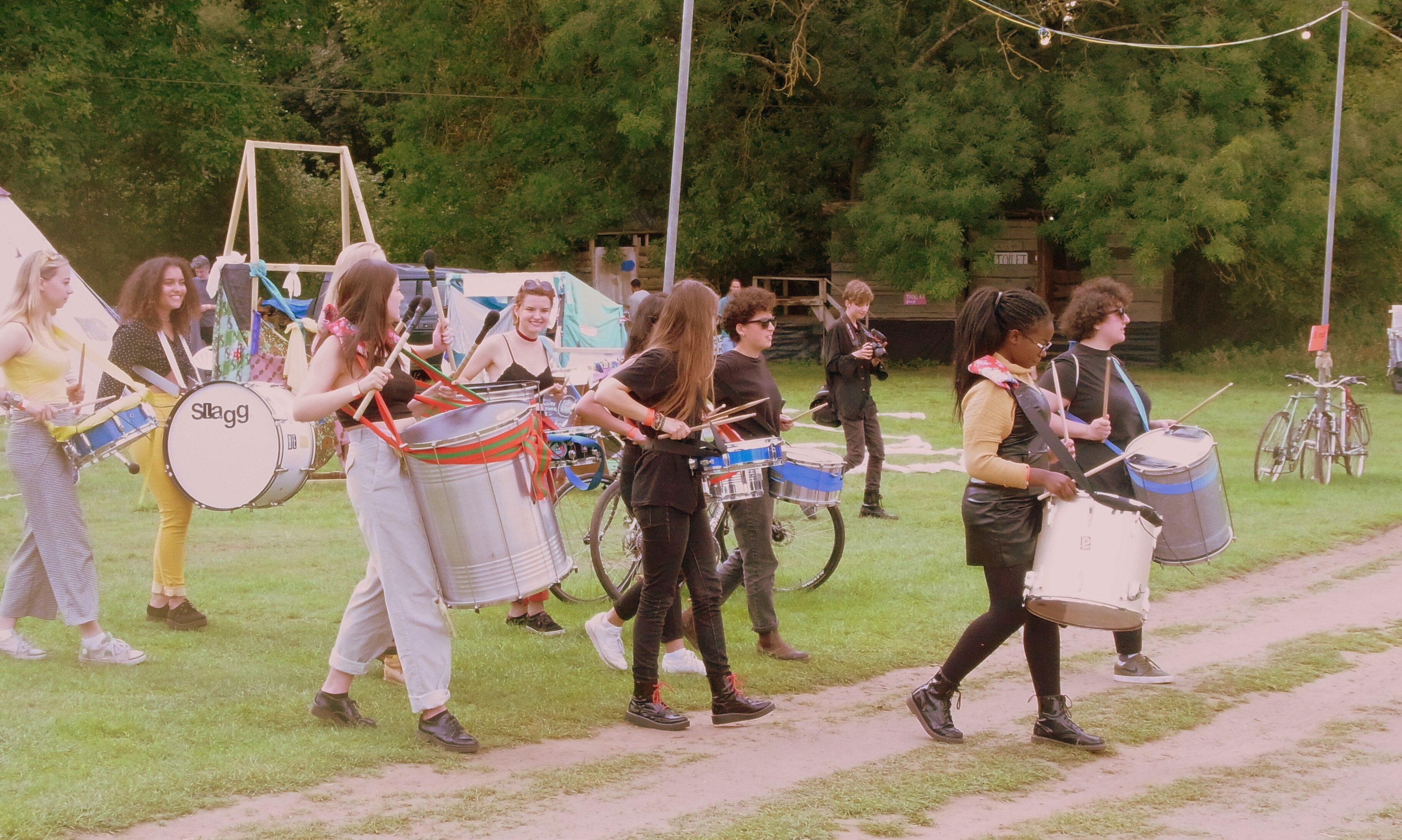 Each year SUPERNORMAL shines a light on innovative creative practices, and provides a sought after space for collaboration, conversation and experimentation between artists, performers, thinkers, activists, musicians and audiences.

For SUPERNORMAL 2019, the team worked with five groups to plan and shape parts of the festival programme itself, with the intention of pooling knowledge and developing awareness. The five groups were:

Making its appearance for the third year running, the BEEF Shed is back! Seek out the wooded glen hidden away at the edges of the festival site; BEEF offer an ambitious expanded programme of film, music, sound, workshops, conversation and collaborations. Bristol Experimental Expanded Film (BEEF) is a film and sound collective with an analogue heart initiated to support and nurture experimental practice in Bristol.

Decolonise Fest is the first ever UK-based DIY punk festival organised by and for punx of colour. The festival showcases and celebrates the contribution of people of colour in punk culture, through live music, art, workshops, film and more. Running for its third year, they've presented a number of international bands, organised a two-week long art show, have spoken at panels in the UK and Europe and have been covered by numerous media outlets including The Guardian and The Quietus.

Based in Oxford at Ark-T Centre, My Normal Music Project uses music as a tool to address social exclusion. Beginning in 2017, the project works with LGBTQI+ and Disabled young people to provide opportunities for marginalised artists and participants, whilst increasing visibility and challenging inequality.

Thorny build provocative platforms and inclusive spaces for the underrepresented voices of Bristol, UK. They work with local, national and international artists, bringing them together in unlikely places, from bars and clubs to galleries, music venues and cultural institutions. Thorny's intimate bar space will run across the weekend, serving up a selection of queer happenings including talks, workshops, live art and performances alongside local ales and Granny Kimber’s English sparkling wine.

Young Women's Music Project is an educational charity based in Oxford, which provides an inclusive and supportive space for young women aged 14-21 to make music together, learn new skills, express themselves, and grow in confidence. In the free music sessions and workshops, the young women make and record music, plan and hold gigs and events, and discuss issues affecting young people.