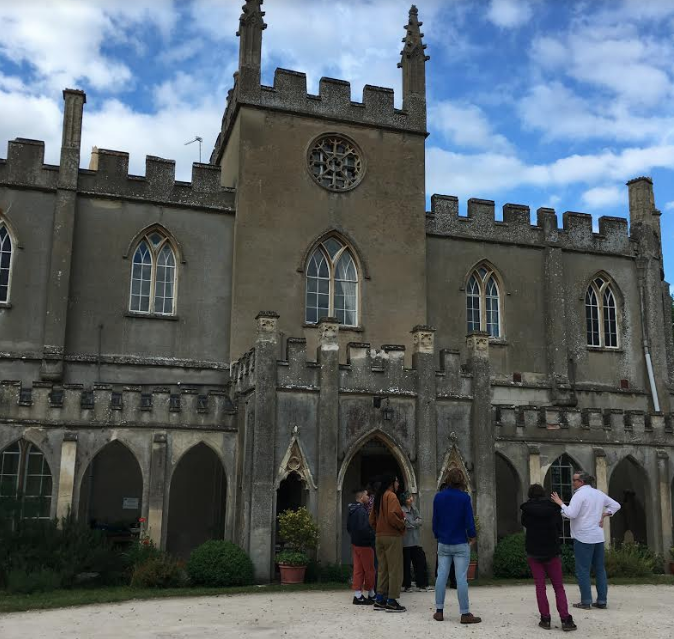 Supernormal hosted a residency at Braziers Park for seven artists from 17–24 June 2019. The week-long residency will provided participating artists with the opportunity to explore their creative practice within the unique context of Braziers, and develop a new work for the festival (2–4 August 2019).

Jessica Ashman is an award winning animator, artist and arts educator. Her work focuses on creating experimental narratives that explore gender, identity and race, using traditional animation techniques, combined with installation and music performance. In 2014 she graduated from the Royal College of Art with a MA in Animation and her work has been supported by Animate Projects, Jerwood Visual Arts Bursary, Arts Council England, UK Film Council and Channel 4's Random Acts. As well as creating moving image work, Jessica also engages in arts education, teaching her practice at Goldsmiths, The University for the Creative Arts and the University of Hertfordshire as well as running arts workshops for the ICA, Tate Modern and the Wellcome Trust.

Nick Harris is a multidisciplinary visual artist who explores social models of inclusion and exclusion. Through performance, photography and moving image he highlights social behaviour and its impact on the way we shape our identities. In 2016 he co-founded performanceClub, a regular platform providing a supportive framework for emerging live artists.

April Lin reconstructs documentary filmmaking, utilising experimental techniques to stimulate a self-reflexive societal discussion. They are currently investigating online, software-based methods of knowledge production and history formation, appropriating digital mechanisms in conjunction with a continuous investment in the possibilities of (dis)identification and relative agency within the anthropocene. In stark critique of claims to neutral storytelling, April practices communicative media as an emancipative prelude to an aware, active, and accountable dynamic between filmmaker, participant, and audience. April is part of the duo Qigemu as well as the Stockholm-based arts collective Konstpirationen, and their films have been shown at The British Film Institute, Echo Park Film Centre, and The Royal Art Institute in Sweden. Their work has been awarded the International Competition prize at the Zubroffka International Short Film Festival, as well as the Tungvikt prizes for Best Screenplay and Best Editing at Stockmotion Film Festival. They are currently studying the MA in Screen Documentary at Goldsmiths University.

Samuel Lanchin & Samra Mayanja aka samOne samTwo are an artists duo based in Leeds. Figuring out how to fight capitalism in nice trainers, failing that they make space for introspection and outrospection. Moving with their hand, thinking with their feet and touching with their heads.

Robert Shuttleworth works in an improvisational way, adapting to the role of artist, designer, composer and performer. Through a variety of media he works with an intimate naivety, exploring technique, concept and narrative through a filter of personal discovery and expression. His sound work is triggered by place and circumstance and its formation is framed in this way, with details highlighted by maps, diagrams and scores as a kind of choreography. This layering is reflected again through composition and performance, exploring connections between sources ranging from deconstructed instruments and instinctive vocals to found objects and field recording. Robert studied illustration at London College of Communication (UAL), and spent nine years living and working in South London before relocating to The Hague for two years to take the Sonology course. He is currently based in Lisbon.

Samiir Saunders is an artist, writer and filmmaker based in Birmingham. His work explores the ambiguity of language and identity, through abstraction and visual fragmentation. Samiir’s drawings are often identifiable by his distinctive recurring contour line motif, which serves as a metaphor for the repetitive, subtly shifting processes through which we construct our reality.